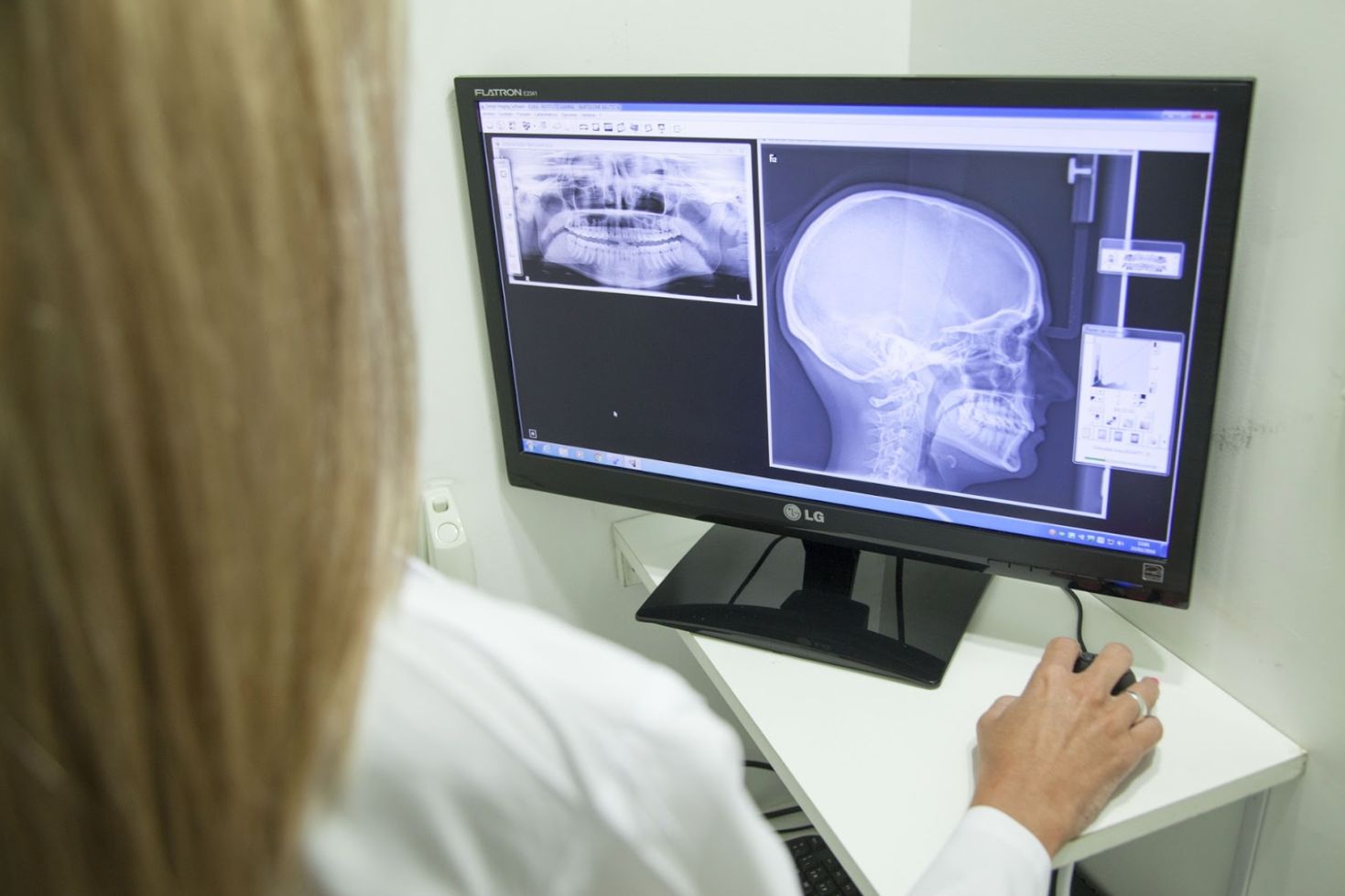 Have you ever wondered why doctors don’t want you standing in front of an X-ray machine for too long? Or why doctors can’t allow you to get too many CT scans throughout your life? There is actually a reason for this. The reason is because of EMFs.

EMFs, or electric and magnetic fields, are areas of energy that many scientists believe can harm your body. EMFs harmful effects can induce symptoms such as headaches, depression, fertility issues, and even cancer. However, many doctors doubt the validity of these claims and believe there are no harmful effects associated with EMFs.

So, let’s dive into it and look at both sides of this debate!

What Are EMFs? Where Do They Come From?

EMFs are areas of energy that are generated by electrical currents. These fields of energy cannot be seen and can be man-made or even be found in nature. So, how do these forms of EMF differ?

Let’s start with natural EMFs. Natural EMFs have been around for a long, long time and provide a natural electromagnetic balance throughout the Earth. According to the World Health Organization (WHO) states that natural electric fields are generated by the electrical charges in the atmosphere (i.e., thunderstorms), while the Earth itself has a natural magnetic field. This magnetic field is what makes compasses point north. These EMFs have been around forever and provide no harm to us.

On the other hand, man-made EMFs are produced by any technology or machinery that uses electrical currents. They are usually categorized as ionizing radiation or non-ionizing radiation; the former being very dangerous in high concentration while the latter is, well, a matter for debate (we’ll get into that later). What you should know first is what they do and where they are generated.

Ionizing radiation has enough energy to break apart electrons and they are considered very dangerous when they are not used for their intended purpose. They consist of energetic subatomic particles, high-speed atoms, and electromagnetic waves that are on the higher energy end of the electromagnetic spectrum. The only forms of natural ionizing radiation come from space and soil. Ionizing radiation from space cannot penetrate through the Earth’s atmosphere, while radiation from the soil is extremely minimal and has been occurring for millions of years as a result of naturally decaying materials.

Man-made ionizing radiation is almost exclusively used for medical purposes. Examples of medical use of ionizing radiation include X-ray imaging to photograph the inside of bodies and radiation therapy to treat cancer. Gamma rays are also a form of ionizing radiation. These rays are released following the process of nuclear fission and are an important tool for providing electricity for millions of people. However, when gamma rays are released into the environment, such as during a nuclear accident or the detonation of a nuclear weapon, their effects on the population are extremely harmful. If you’ve ever seen HBO’s Chernobyl, you probably know what I’m talking about!

Non-ionizing radiation is a lot more common. In fact, if you’re reading this on your phone, computer, or tablet, you’re being exposed to them right now. They don’t have enough energy to break apart electrons from atoms or molecules, but they are still around us. These are certainly not as dangerous as ionizing radiation and may not be dangerous at all but—again, we’ll get to that shortly.

In the 1960s, scientists began to have concerns over the health effects that high voltage powerlines might be having on people. Research began to be conducted about these effects, and some scientists found a correlation between EMFs and childhood leukemia. Today, numerous studies go back-and-forth on this issue, but nevertheless, there are still concerns. Whether they are harmful or not, non-ionizing radiation is generated by anything such as phones, Bluetooth devices, powerlines, WIFI routers, heated blankets, and so much more.

So, How Are EMFs Harmful?

Because practically all-natural EMFs do not generate dangerous amounts of radiation, we don’t have to get too much into their effects. Instead, we will focus mostly on man-made EMFs.

Man-made ionizing radiation, if not handled correctly, can result in life-threatening harm. When it passes through our body, ionizing radiation can affect our cells in several ways. One way it can damage cells is by breaking apart DNA. This is called a DNA lesion and breaks apart the hydrogen bonds between the DNA base. When a lot of bonds break apart, it can cause a cell to die. When too many cells die, it can cause serious harm to organisms.

Another way ionizing radiation can damage cells is by mutating DNA. Since DNA determines how the body functions, grows, and behaves, mutations can have serious effects on the development of the body. This is because direct ionizing radiation alters the sequence of base pairs which, in turn, prevents genes from generating the proteins they are supposed to.

There is quite a bit of debate within the scientific and medical fields on whether non-ionizing EMFs are dangerous. Some claim that they can cause cancer, reproduction issues, and other harmful effects, while others say there is no reason to fret over the effects of EMFs. We will go over both sides of the debate and why it is so difficult to find concrete conclusions.

So, why is it so hard to conduct research into this topic? Well, one of the reasons is because it is difficult to conduct controlled tests. It is practically impossible to completely eliminate EMF exposure to a person, so scientists are unsure of what happens when people aren’t exposed to this radiation. Most studies that are conducted look more so at differences between those exposed to high EMF levels versus normal levels. This makes it hard to determine if test results are attributable to EMF radiation or any other variable.

The World Health Organization’s International Agency for Research on Cancer (IARC) has noted that EMFs might be “possibly carcinogenic to humans.” This was based on research that found that mobile phone use was loosely associated with an increased risk for glioma, a type of brain and spinal cord cancer. If this is true, it could be an enormous health crisis since it is estimated that 5 billion people around the world use mobile phones. However, the study also stated that the results were not strong enough to determine a direct cause between the two.

European research into non-ionizing EMFs has also determined that there might be a possible link between EMFs and childhood leukemia. This study looked specifically at extremely low-frequency magnetic frequencies. They concluded that between 1.5% to 2% of leukemia cases in children could be potentially linked to non-ionizing radiation, but there are definitely uncertainties and more research is required to come to a complete conclusion.

Many say that EMFs are safe and do not affect the human body. Regarding the claims of EMFs and leukemia, a 2013 review of research found conflicting results for this claim. The WHO also states that there is no concrete evidence to conclude that EMFs are harmful and that most research to date contains a lot of inconsistent findings. This goes to show that many contradictory studies go back and forth on this highly conflicted topic.

How Would You Be Able to Avoid EMFs?

If the claims of EMFs potential danger to humans are true, there are definitely several ways to protect yourself and your loved ones. Even if these claims are not true or not true to the extent that some believe, these changes can still help you live a better and healthier life. Below are a few ways to protect yourself from both ionizing and non-ionizing EMF radiation.

One of the best ways to protect you and your body from exposure to ionizing EMF radiation is to limit the number of X-rays and CT scans you receive. Harvard Medical School states that you shouldn’t receive over 10,000 X-rays in your life—an impossible figure to reach even if you tried. The danger with X-rays is in specific regard to children as they should not receive too many during their childhood and adolescent years. CT scans, on the other hand, should be limited to 25 in a lifetime.

Another way to avoid ionizing radiation is by moving away from any nuclear power plant or facility, though this is not of the highest importance nowadays. Nuclear power plants today, especially in the United States and Europe, have an extreme amount of safety measures to prevent any kind of nuclear leak.

There were two main nuclear disasters in recent history. The most recent was the Fukushima Daiichi nuclear disaster that happened in the wake of the 2011 Tōhuku tsunami in Japan where a 12-mile evacuation zone was established around the powerplant. The other, and more significant, was the Chernobyl disaster in 1986 where a nuclear reactor suffered an explosion and subsequent fire. The disaster caused the evacuation of more than 100,000 residents within a 19-mile radius of the reactor.

Since these two events, the International Atomic Energy Agency (IAEA) has enacted a multitude of safety measures to ensure that these events don’t happen and, if they do, there are rigorous protocols to protect people around the area.

Even though the effect of non-ionizing radiation is still yet to be officially determined, there are still ways you can limit exposure.

The first way involves limiting the time you spend around electronic devices. Some scientists have noted that the amount of damage EMF radiation can do depends on the level of EMFs you’re exposed to, how long you’re exposed to them, and the sensitivity of your body’s organs. So, if you are worried about yourself and your family being exposed to these potentially dangerous energies, take some time away from your phones, computers, or any other electronic devices.

Obviously, it is very difficult to completely remove yourself from EMF-emitting devices. But there is a solution that can protect you: PEMF therapy devices.

PEMF therapy, or pulsed electromagnetic field therapy, is an advanced magnetic modality that sends low frequency pulsed magnetic waves into your body to heal your cells. PEMF therapy mats like HealthyLine’s use the same frequency that’s emitted at Earth’s poles to heal your body. Because our cells have a magnetic charge (something that scientists believe EMFs might affect), this therapy basically “resets” their charge and helps them function at their best level!

There is still a lot of debate on whether EMF or electric and magnetic fields are dangerous for humans to be exposed to. If they are dangerous, almost every single nation on Earth will have to take measures to address this massive health crisis. EMFs harmful effects may include headaches, depression, fertility issues, and even cancer. However, to date, there are no scientific reports that can determine that EMFs are 100% to blame for certain health issues. It is clear that there must be much more research conducted to come to a determination.

So, take a little precaution and keep your ears open to hear about further research into this debated topic!